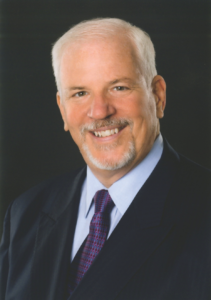 Mr. Sullivan has been an attorney since 1977. He was initially admitted to the Maryland Bar in 1977 and was also admitted in DC, Florida, Pennsylvania & West Virginia. Initially, he formed Sullivan & Sullivan, PA with his father, John C. Sullivan in Cumberland, MD. Together, they practiced law focusing on the most common areas of litigation, e.g. family, criminal, negligence law, but in 1979 Paul began focusing exclusively on personal injury litigation as well as wrongful death and workers’ compensation cases.

Their focus was on excellence and compassion for clients. After his father retired, Paul maintained three offices in Cumberland, Swanton and Westernport, MD. Paul developed videotapes as a means of providing the most extensive information about the process of resolving claims in MD & WV in the fields of personal injury and death cases and also in social security disability claims.

Paul achieved national recognition when one of his clients was awarded a federal jury trial judgment of $2,134,612.00 after a 3-day trial in Baltimore in 1986. The defendant was a Maryland State Police trooper. This was one of the first verdicts in the United States based on law enforcement abuse. Paul’s client had suffered a coma from police abuse and was never expected to regain consciousness – never again would he see his wife and two children. After many years he died as a result of the trooper’s violent conduct.

Paul is a past president of the Allegany County Bar Association. In public service, Rotary International selected Paul out of a pool of 3,000 applicants in a tristate area to participate for 4.5 weeks in a group study exchange in Japan. Shortly thereafter he organized the Motivation Group to safeguard the rights of disabled victims, and led as Chairman both the Allegany County Mental Health Association and the Allegany County Mental Advisory Board. He also coached the girl’s tennis team at Bishop Walsh High School for six years, and developed the Elder Ready Project linking local attorneys with the elderly to assist in estate and insurance planning. Later, while living in Florida, Paul was a Sunday school teacher in the Oasis Class at his church; that class focused on separated and divorced individuals. After returning to Maryland to care for his elderly parents, he also led the Divorce Care program at several churches in Allegany and Washington Counties.

In 1986, Paul delved into the process of mediation and has been a mediator nationally and internationally since that time. Not only is he currently a court appointed mediator in Washington and Frederick Counties, but in 2002 he created Marriage Miracles, a marriage ministry to help rebuild and restore marriages using God’s design for marriage. When last analyzed, 86% of the couples who have come to the table for marriage mediation are still married.

Paul avidly works in the marriage ministry to help couples rebuild and restore marriages through mediation using the couple’s common denominators of faith related to marriage – he has worked not only with Christians but also many varieties of faith systems, e.g. Jewish, Hindu, Muslim and others. Having minored in college in religious philosophy, he can help a couple through mediation regardless of the couple’s belief system, even with atheists and agnostics. These services are provided through the professional association Paul C. Sullivan, PA.

Currently Paul is also the real estate broker for Sullivan Select LLC, Luxury Real Estate Services which he developed in MD and PA with his wife, Cynthia Sullivan.

Finally, Paul is a national awarding winning author garnishing two national first-place awards for his book, God’s Design for Marriage, Building & Restoring Everlasting Love. He also published Letters to Logan, A Journey with Pepa. Both books are available on Amazon, Barnes & Noble, and Xulon Press. He is currently working on his third book, God’s Design for Marriage, A 40-Day Devotional, which will be published in 2022.

Cynthia and Paul live in Hagerstown MD and Stevensville MD and have been graced by their daughters with three wonderful grandchildren.

Contact us if you would like to schedule a session for premarital preparation or marriage mediation to rebuild and restore your marriage.

Stay connected with us via email. Sign up today.